The diversity and strength of our leadership team reflects the culture of our entire team at Mercedes-Benz Financial Services. 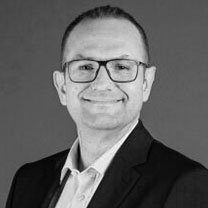 Henn joined the Mercedes-Benz (then Daimler) Group in 2007 as Head of Corporate Audit and Corporate Governance. In 2010, he was named Chief Audit Executive of Daimler AG. Before his tenure at Daimler, he worked for Deloitte & Touche LLP in New York, among other companies. Peter Henn earned a degree in law from the University of Heidelberg, Germany and began his career in the field of audit and risk management. 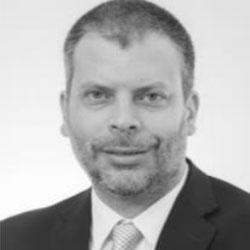 Cameron Keating is the Vice President, Operations Americas for Mercedes-Benz Financial Services. In this role, he is responsible for all operational functions, including customer service, collections, remarketing and business solutions in the Americas Region. He leads more than 700 employees in Argentina, Brazil, Canada, Mexico and the U.S. and is a member of the Daimler Mobility Americas Region executive leadership team.

Keating joined the company in 1997 as a Credit Analyst in Australia. He has held a number of leadership roles in credit, remarketing and collections in Australia, Germany and the U.S. Prior to his current role, he joined Mercedes-Benz Financial Services China in 2012 as Head of Credit Operations and was instrumental in building up and leading the Credit organization.

Keating earned a bachelor’s degree in Commerce from the University of Tasmania in Australia. 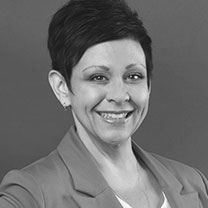 Melinda Mernovage is Director of Corporate Communications. In this role, she drives all aspects of the company’s regional communications strategy, including internal and external communications, corporate social responsibility, diversity and inclusion, corporate events and corporate design. She is also a member of the Daimler Mobility Americas Region executive leadership team.

In her previous role, she was the Head of Corporate Communications for the Daimler Mobility AG Africa and Asia Pacific Region, headquartered in Singapore, and had responsibility for 11 countries. Mernovage began her career at Visteon Corporation in 2002. She joined Daimler in 2005, in the Commercial Vehicles division. In 2011, she joined the company’s Financial Services division, now known as Daimler Mobility.

Sidhartha Nair is the Head of Strategy for Mercedes-Benz Financial Services and is responsible for developing strategic topics for the business, including business development and ensuring successful execution of strategic projects. Sid supports all of the markets in the Americas Region and ensures alignment with the global DMO organization. Sid is also a member of the company’s Americas Region executive leadership team.

Sid joined the company in 2003 as a Strategy Analyst. Since then, he has held positions in several global locations with Daimler. In his previous position, he was the Managing Director of the India business unit, which he started. Prior to joining Daimler, he worked in Automotive Engineering and Management Consulting areas.

Sid has a MBA from the Ross School of Business at University of Michigan and masters in Engineering from Purdue University. He is a member of the board of directors for Junior Achievement of Southeast Michigan and YPO International. 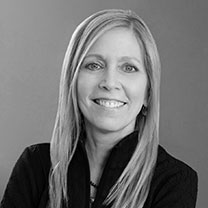 Michelle D. Spreitzer is Vice President, General Counsel & Corporate Secretary. In this role, she is responsible for all legal activities for Mercedes-Benz Financial Services USA, as well as the financial services legal teams in Daimler Mobility’s Americas Region, including Argentina, Brazil, Canada and Mexico. Spreitzer leads a staff of 25 and is a member of the Daimler Mobility Americas Region executive leadership team.

In her previous role, Spreitzer was Assistant General Counsel, in the division of Regulatory, Consumer Finance and Employment Law. Spreitzer joined the company in 1996 as Staff Counsel. Before working for Daimler, Spreitzer was Staff Counsel in the Financial Services and Regulatory division for Michigan National Corporation and a Litigation Associate for Dickinson Wright in Detroit. 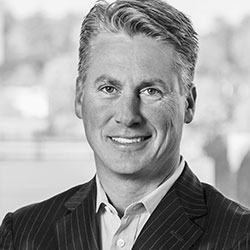 Stevens joined the company in 1996 as a Financial Analyst, International Operations. Since then, he has held several finance and controlling positions of increasing responsibility, including Manager of Asset-Backed Securitization Programs, Senior Manager of Planning and Reporting and Assistant Controller. In his previous position, Brian was Director of Finance and Controlling – Europe, Africa, and Asia Pacific. Before joining Daimler, he worked for Ernst & Young, LLP.

Craig Walters is the Vice President of Sales & Marketing for Mercedes-Benz Financial Services. In this role, he oversees sales and marketing operations within Mercedes-Benz Financial Services in the United States, leading a team of nearly 125 employees. He is also a member of the Daimler Mobility Americas Region executive leadership team. He is located in Atlanta, GA, to continue to strengthen and grow the collaboration and customer-focused integration with MBUSA.

Craig joined the Daimler organization in 1999 as a Financial Services Leadership Program Associate and has since held several roles of increasing responsibility across the United States and Canada. Some of his notable roles have included Senior Manager in Sales & Marketing as the Mercedes-Benz Liaison, U.S. Southern Region Manager; Senior Manager of Pricing and Programs in the U.S.; and Senior Manager of Chrysler Financial Sales and Marketing and National Projects Manager in Canada.

Craig holds a MBA in International Management from Thunderbird, the Garvin School of Internal Management, and a Bachelor’s Degree from the University at Albany.